Is his nice guy thing all an act? 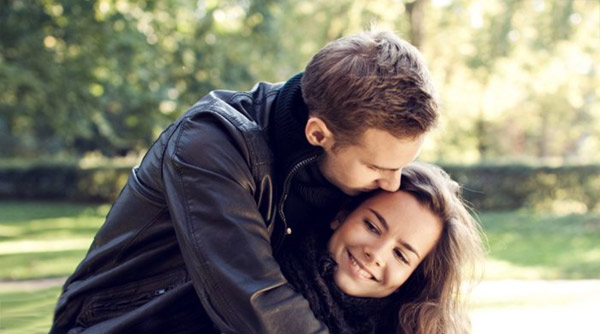 Rude to your server? Checks his texts constantly? Can’t stop talking about his ex? All clear signs he’s bad boyfriend material. But dating experts agree that there are plenty of subtle signals that can be just as big red flags-if you know what to look for. Keep an eye out for these sneaky seven on your first date and save yourself from major heartbreak down the road.

You know you look hot, and that a “you’re beautiful” or under-his-breath “wow” as you walk through the door is genuine. But if he constantly says that you’re the most gorgeous, the most intelligent, the most interesting woman he’s ever met-and you haven’t even finished your first drink-it may be a sign that he’s manipulative, warns Patti Feinstein, a Chicago based dating coach. After all, you are awesome, but he doesn’t know you well enough to know that yet. “He’s using the compliments to make you let your guard down. He wants you to think he’s Mr. Right, right away, so you won’t be as objective about whether or not it’s the right fit as you would have been if he’d been more down to earth,” she explains.

Sure, it may seem better than throwing down 10 percent, but if he flashes big bills or puts down much more than 20 percent for average service, it’s not great, warns Feinstein. “It could mean he’s a narcissist. He wants to look like he’s a big shot, and cares more about how he looks than a genuine connection,” Feinstein explains.

He Reveals the Bar Is a Block Away from His Apartment

He may have picked a dimly lit, romantic wine bar, but your antennae should go up if it’s very close to where he lives, warns Mike Goldstein, founder of EZ Dating Coach, a New Jersey-based dating service. It’s not that it’s his grand plan to bring you back to his apartment (although he may have that in the back of his mind) it’s that he’s making things easy for him, without taking your commute into account, explains Goldstein. It’s no big deal if it happens once (hey, that bar was pretty clutch) but if you’re always the one doing the traveling, it’s a sign that he’s a little self-centered.

The bartender, server, and table next to the two of you all know his name. It may seem sweet, but it could be a way of his subtly asserting control. “It’s not neutral territory, which puts you at a disadvantage. It may mean that it’ll always be doing things his way,” says Feinstein. If he pulls this move, but you still like him, insist you pick the spot for date number two.

RELATED: 6 Things You Should Always Ask for in a Relationship

He Badmouths His Boss Everyone has bad days, but experts agree it’s best to beware of someone who spends the majority of a first date complaining. Even if his stories about his dysfunctional office make you laugh, him choosing to focus on the negative is a sign of how the majority of convos will go down in the future, if you keep dating.

Along with talking about his frat and telling stories about wild adventures he and his drinking buddies have had, ordering shots is a sign that he may not be ready to settle down, warns Goldstein. He could be a lot of fun to hang out with, but he may not be relationship material yet.

It’s a first date, and chances are, something awkward will happen. But if he seems totally chilled out from the very first hello, it may be a sign that he’s way too into himself, warns Feinstein. “A few awkward moments mean that you’re both invested; that you both want to put your best foot forward for the other person,” explains Feinstein.

Blade is a straightforward multi-functional WordPress Theme in which Flexibility and Simplicity exist side-by-side.